Aquarium fish keeping has always been considered an immensely enjoyable and fulfilling hobby. This fun and irresistible activity are becoming progressively popular among the American people. If you love to keep fish as pets, then learning to look after your fish tank or pond is of absolute importance for the well-being and happiness of your fish. Using a protein skimmer is one aspect of pond upkeep that must never be ignored. You can navigate this site if you are looking for the best protein skimmer.

A protein skimmer is a filtration device that removes undesirable proteins and other organic waste present in the water before they start rotting to form harmful and toxic nitrogenous waste like ammonia and nitrite. Skimmers are rather simple in design – they consist of a glass chamber to hold a column of water, a bubble generator, and a waste collection cup. 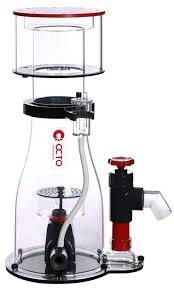 Why Use a Protein Skimmer?

When a skimmer is turned on, streams of bubbles from a bubble generator are pumped into the water column to produce a huge water/air interface. This interface attracts most of the undesirable organic molecules due to their hydrophobic (water-repelling) nature.

This accumulation of organic waste continues till the water/air interface gets saturated and foam formation starts. The foam carries the accumulated waste to the top of the water column, where it gets transferred into a waste collection cup and removed by emptying the cup. Therefore, a protein skimmer is sometimes called a foam filtration.

What a Protein Skimmer Does

In addition to removing organic wastes and waste from the water, a protein skimmer also does the following:

– Clears any toxins released by corals or invertebrates present in the aquarium.

– Ease the load on the biological filter.

– Increases the oxygen level in the water.

However, it may also remove natural food sources like plankton and trace elements like iodine, which are required for reef aquariums.